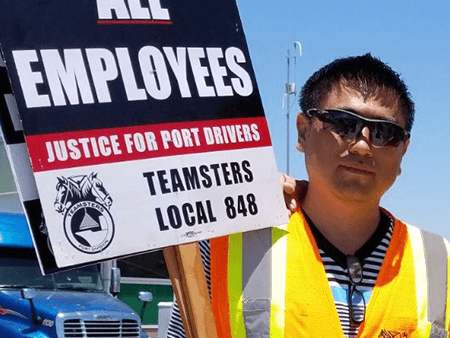 Luis Kina grew up mainly in Peru and came to the U.S. in the early 1990s searching for a better life. He was a port driver at CMI (California Multimodal LLC) for seven years. He has received paychecks for $.01 after all of the fees and expenses were taken out. Luis did get hurt at his truck yard back in 2012 but because he has no medical benefits, hasn’t been able to take care of his injuries properly. Luis was terminated because of what he believes was retaliation from CMI because he has been organizing with his co-workers. Luis is fighting to be able to spend time with his family including his son and daughter and to afford healthcare for his son. 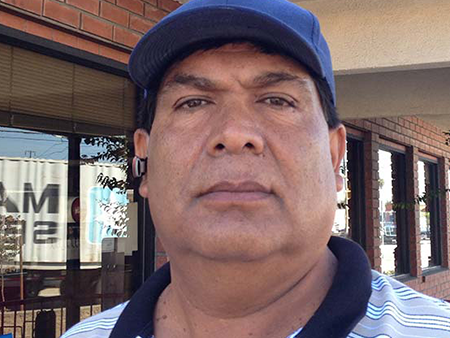 Jose Jimenez has been a port truck driver for over 10 years. Before being a driver, Jose worked as a union welder where he earned a fair wage and was able to spend time with his family. After being laid off, he began work as a port truck driver, working close to 20 hours a day, with no time to spend with his family. Apart from working long hours, Jose would deal with illegal deductions made from his paychecks for the lease of the company truck and for its maintenance. It is for these reasons that Jose filed a Wage and Hour claim with the California Division of Labor Standards Enforcement (DLSE) in order to regain his stolen wages and change the port trucking industry. 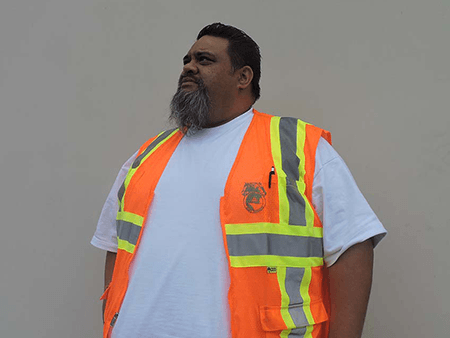 Seko is a first generation American, born in Torrance, CA. His parents immigrated from American Samoa and he has been married since 2008. Seko works for Intermodal Bridge Transport which is a trucking company owned by the Chinese government. The company says Seko is an independent business man but Seko doesn’t see this as his reality. Seko has been on strike five times and sees the constant disrespect from upper management. He was sick and couldn’t work for several months and yet, because the company says he is a subcontractor, he couldn’t get unemployment or FMLA. This is just not what his family expected when they came to the mainland. Seko wants the Mayors of Los Angeles and Long Beach to hold companies like his accountable. 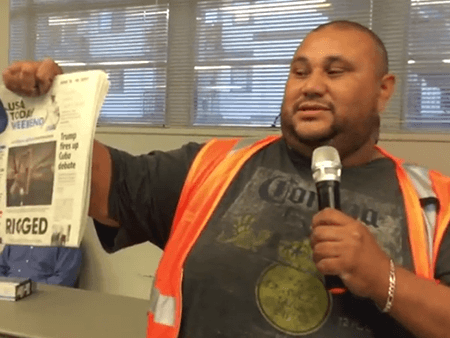 René Flores was born in El Salvador and has resided in the US for nearly 20 years. He is married and has four children. René was one of the drivers who was part of the USA Today investigation that culminated into the stunning exposé Rigged. The article states, “On bad weeks – when Flores hits traffic or gets assigned a low-paying delivery – he says he takes home $300 or less for 100 hours of work. That translates into $3 an hour, less than a third of what he could make washing dishes at California’s minimum wage.” René was fired by his company, Morgan Southern, after speaking out to the USA Today. René has continued to speak out, particularly concerning the new Clean Air Action Plan proposed by the Mayors, because he knows that he can’t afford to once again pay for truck upgrades. Recently he delivered a letter to the Mayors of LA and Long Beach stating his concerns 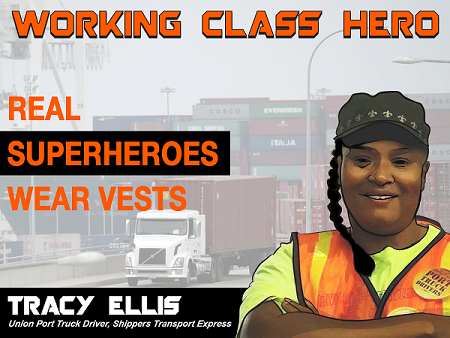 Tracy Ellis has 3 children and was born and raised in Los Angeles. She has been a Union port driver with Shippers’ Transport Express and member of Teamsters Local 848 for nearly 3 years, and a Shop Steward for nearly one year.

Before joining Shippers, Tracy was a victim of her previous company’s predatory “Independent Contractor” scheme. After an incident at work she found herself homeless with no workers’ compensation, no truck, no car, asthma, diabetes, a failing pancreas, and no medical insurance.

She struggled to survive day to day in an endless cycle, living out of motels and unable to work. When she began working at Shippers she was still homeless. Having a Union job made all the difference, and finally pulled her out the rut that kept her unable to move forward. Tracy quickly realized that a Union Contract was the great equalizer, and as a woman of color she had an incredible opportunity to unify her coworkers. Today she lives with her husband in a humble home in Long Beach, and works tirelessly to change the industry and improve the lives of her coworkers at the Port of Los Angeles.Read Tracy’s story 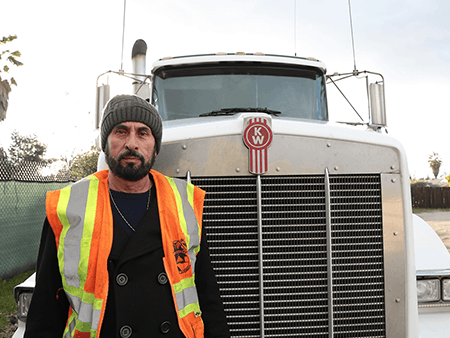 Jesus Maldonado is a port truck driver and has worked at California Cartage Express (CCX) for the last ten years. In October 2017 CCX was acquired by NFI Industries, little has changed since that transition. Since starting at CCX, Jesus has faced incredible financial hardship. He was laid off 10 months after starting at CCX due to the recession and unemployed a year before CCX brought him on. In that time, he lost his home and his wife passed away; upon returning to CCX he had to purchase a new truck to meet the new “clean truck” standards.  Since then, Jesus has had a difficult time just making ends meet with low wages and high outgoing costs and, now that he is 59, he is increasingly concerned that he doesn’t have any money saved for retirement. He has committed himself to improving his job and quality of life because he believes port driving is a profession that people should be able to support their families on. He has gone on strike to protest misclassification several times and will continue to do so in hopes that the future of port trucking includes things like healthcare benefits. Jesus was one of 14 drivers that filed wage claims against Cal Cartage, though the company has appealed, for unpaid wages due to being wrongly classified as independent contractors that totaled close to $4 million. 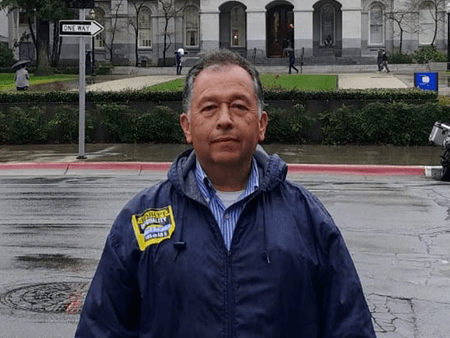 Gustavo Villa works as a port truck driver for California Cartage Express, a subsidiary of NFI Industries located on Port of Los Angeles property. Gustavo is fed up with working for free for hours when he’s waiting in line at the ports to drop off loads of borax that he brings each day from the Rio Tinto mine in Boron, CA. Rio Tinto’s logistics provider Cal Cartage Express continues to misclassify him as an independent contractor and deduct money from Gustavo’s paycheck each week for things like road taxes and diesel. He is tired of this injustice and hopes decision makers step up to make a lasting change. Gustavo has fought hard to form a union at Cal Cartage Express, because he was a Teamster at his previous truck driving job and knows that having a union contract helps to protect him from wage theft and exploitation. He knows first-hand the struggles a misclassified driver deals with and the hope that having a union contract brings. Gustavo was one of 14 drivers that filed wage claims against NFI Industries’ subsidiary Cal Cartage Express, though the company has appealed, for unpaid wages that totaled close to $4 million. 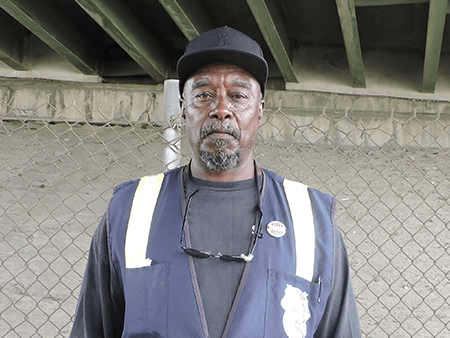 Bruce Jefferson was born and raised in Los Angeles and has 3 children, 6 step children, and works together with his brother at California Cartage Warehouse, which is on Port of LA property. Though he has worked there for 3 years, they still call him a “Temp” worker. He used to work inside the warehouse, but they moved him to a position outdoors in an attempt to prevent him from organizing together with his coworkers.

Every single day, Bruce and his coworkers face racism, retaliation, and abuse from their employer. They slave away in working conditions that are unsafe and inhumane. Cal-OSHA has fined Cal Cartage twice in the last 2 years, with little to no effect. However, Bruce and his brave co-workers aren’t backing down. Bruce has gone on strike 3 times, and will continue to fight until conditions finally change at Cal Cartage. 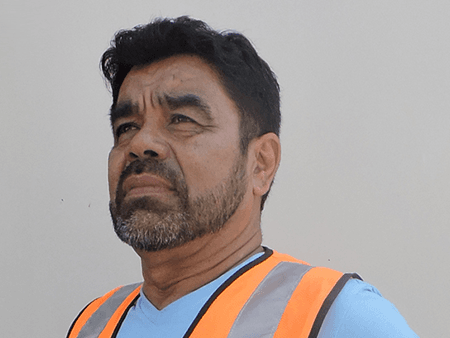 Jose has three children and came to California from El Salvador in 1977. Jose has been a truck driver for XPO Logistics’ Cartage division since 2010. The company calls Jose an “independent contractor” so they can make deductions from his paycheck and discard him if he get hurts on the job. In April 2017, Jose and three of his co-workers got a letter from the California Labor Commissioner proving that he’s really an employee and awarding him money for the many illegal paycheck deductions the company took and the 4,325 hours of work they never paid him for. XPO has appealed the ruling and continues to misclassify him and deny him employee rights.

Jose has gone on strike 6 times in the last 3 years – 4 times against XPO and the other times he’s supported drivers at other companies. Jose believes that something has to change, so he’s ready to go on strike again with his co-workers. He’s a fighter. He’s fought before and he will keep striking and fighting until our conditions change. 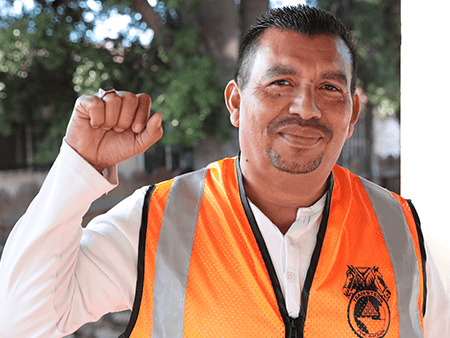 “Sitting in a truck for long hours – more than 300 miles a day for the last 13 years hauling borax for the company’s biggest customer, Rio Tinto – led to painful kidney stones. Not only did NFI/Cal Cartage refuse to give me any sick leave, but because they don’t provide health insurance I had to go to El Salvador for surgery. No one working at the Port of LA, particularly on City of LA property, should have to endure what my family and I did – it’s wrong, and it’s illegal. That’s why I’ve filed a claim with the City of LA to make sure that no other drivers have to go through what I went through,” said Jose Garcia, a misclassified port truck driver for NFI’s Cal Cartage Express. 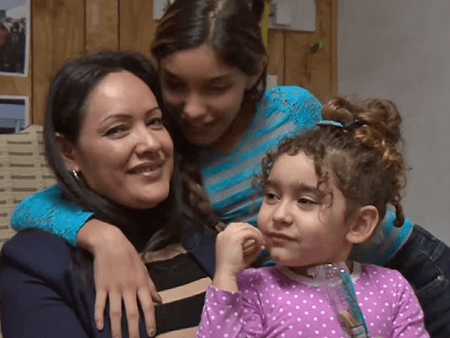 Nicky has been a port driver for 11 years, for many years as a single parent to four children (one is now an adult, another is 18 year old, and she has two young children, ages 11 and 4 years old). Being a single parent and port driver was difficult. Before becoming a Teamster, the company demanded that she work day and night, and she had to leave her children in the care of her older son. She is now an employee driver for Shippers Transport Express, a company that reclassified all of its drivers as employees, agreed to a neutral unionization process, and shortly thereafter agreed to a Teamster contract. 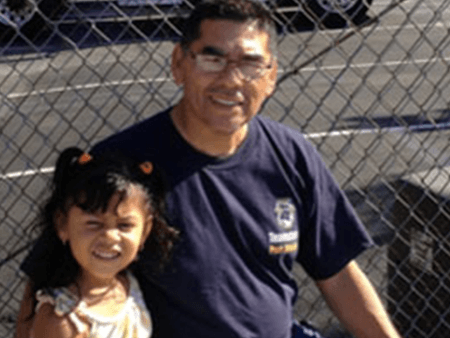 Moises Cardoza has been a port truck driver for over 13 years. Originally from El Salvador, Moises immigrated to the United States to seek better opportunities for himself and his family. Moises works hard every day to provide for his wife and 3 year old daughter. Moises wants his daughter to have the opportunities that he never had in El Salvador., Moises and his coworkers were constantly disrespected and intimidated by management, which is why they have united to form their union to gain dignity and respect.