The truth behind Universal’s
business practices.

For years, Universal Logistics Holdings has illegally misclassified drivers as “independent contractors” – meaning workers receive no wage and hour protections, paid sick leave, or health insurance.
‍
In 2019, drivers working at Universal voted to form their union to secure a better future for them and their families, but just days before Christmas – Universal fired drivers who voted to unionize.
‍
What Universal did is illegal.

And now, Universal’s illegal business practices are catching up to them. The National Labor Relations Board (NLRB) ruled that Universal broke the law over 20 times in the process of firing drivers for unionizing. Our fight isn’t over. We’re making sure that Universal is held accountable and drivers can stand together to fight and improve standards in the workplace. 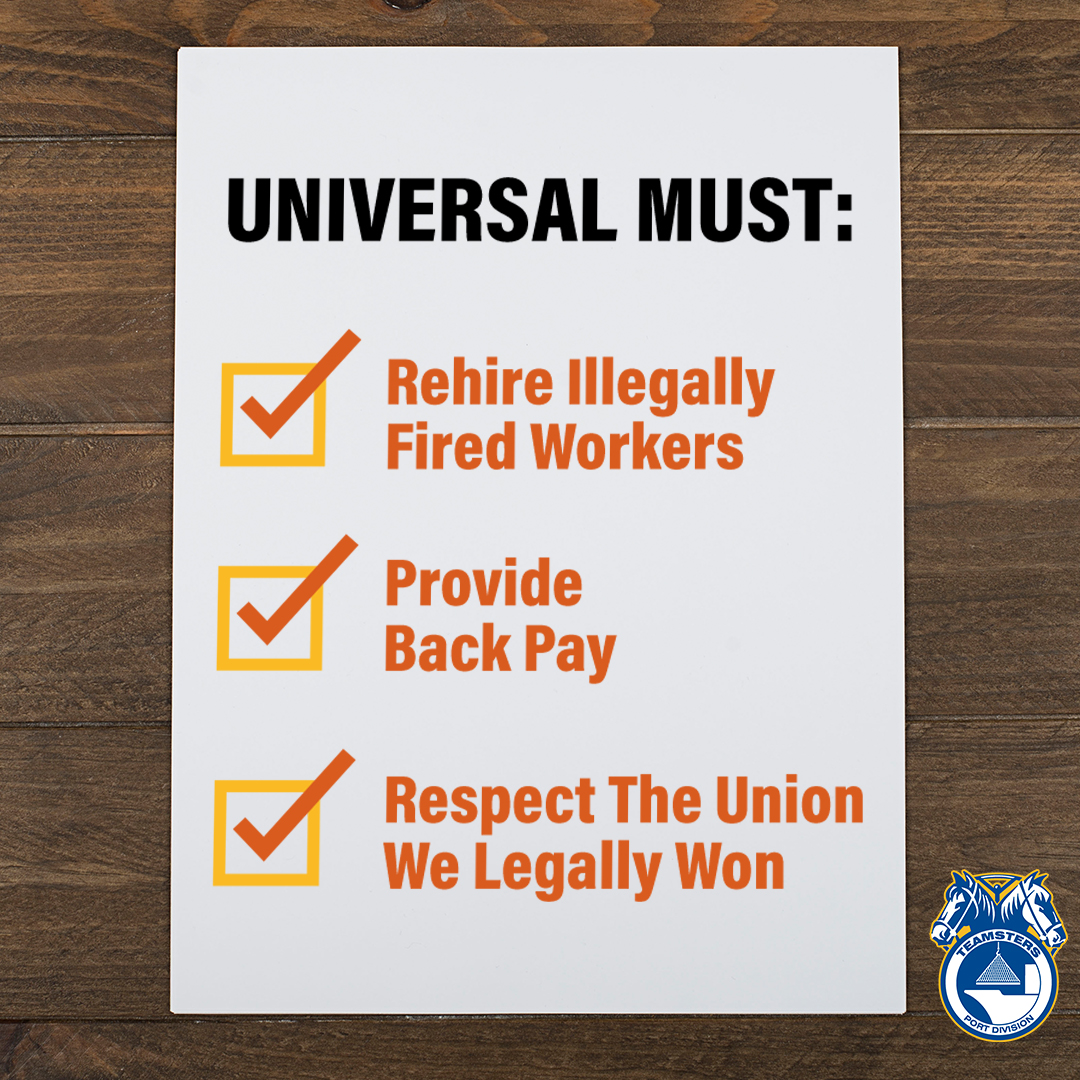